I’m really glad n+1 has been such a supportive home for my writings on Cooper Union.   In April, I had published a piece “Save Cooper Union” which provided some history of this institution and tracked the current situation from October 2011, up until March 2013, right before the tuition announcement in April.  A new piece called “You Can’t Just End an Era”  is up which discusses what’s transpired over the past several months, and evolved into a piece about governance.

The past couple years, I’ve been reflecting a lot on my Cooper education. The benefits were not just the four years spent there, but the possibilities it allowed for after. Cooper Union afforded me the financial and intellectual freedom to pursue passion and purpose, and not be beholden to debt or corporate empires. It allowed me to take risks, to quit jobs, to think critically about the political and economic systems that shape our lives, and to explore the things that inspired or irked me.

My time over the past 10+ years  has been split between writing, activism and public service. This admittedly also kept me away from all that was happening at Cooper Union from when I graduated in 1999 to the fall of 2011, when Bharucha first publicly announced the possibility of tuition. Since then, however, Cooper Union seemed to trespass into the other compartments of my life at all hours of the day. My work on municipal water supply could be traced back to Peter Cooper who was one of the earliest proponents of securing the Croton Watershed. A friend in my monthly writing salon, was talking about cultures of remittances as part of her anthropology doctorate. I wondered if that was like alumni giving. “Not everything is about Cooper Union,” my husband likes to reminds me. And yet, I found myself making connections between the situation at Cooper Union and my prior activism, as well as with all the news I was hearing, whether it be the rising cost of student debt, the imbalances in academia with overpaid administrators and underpaid faculty, or the growing inequality of wealth nationally and internationally. It all underscored the need to preserve and replicate a model for free education that would be open and accessible to all.

I’ve spent countless hours going through archival documents from the college’s beginnings, and so much of the founding principles resonated then and now, far beyond the Bowery. As articulated in an annual report from 1878: “Narrow is the actual sphere and limited means of such an institution, with principle and example it sets forth is co-extensive with the wants and interests of the whole country.”

The fight to save Cooper Union is about something much bigger. It is about a pursuit of truth and showing another way is possible. For anyone familiar with trying to mend the rift between the ideals and lived reality of a beautiful yet imperfect institution, there is something that is going on here that speaks to a larger truth. What can we learn from this? How does a small group of individuals create change?

Click here for the n+1 archive for these stories.

I’m honored to have my piece, “The Fingerprint of Water” included in the inaugural issue of Local Knowledge, an art and literary magazine edited by Anna Marrian and Sanjay Agnihotri.

Details on the Launch Party: 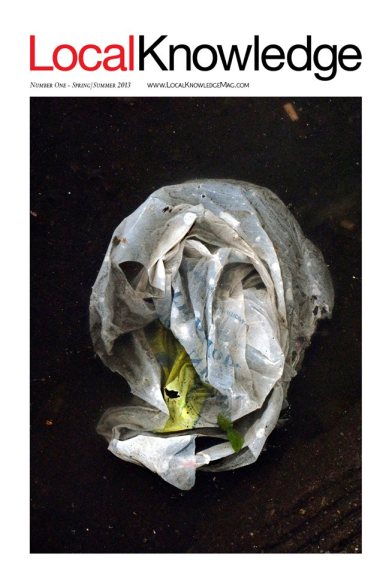 On Columbus Day, I had a chance to see Amrit Singh’s new film Dosa Hunt: The Greatest Hunt for South Indian Food in NYC ever Committed to Film.  Singh compiles an all-star cast of indie musicians who seek out the best dosai the city has to offer.   For Singh, the film is about more than just dosa— it serves as a “cultural artifact.” In a discussion after the film during its opening weekend, Singh said Dosa Hunt was “a device to get a pretty remarkable group of guys together, a group of guys who couldn’t have been imaginable ten years ago, at least not to me as a 15-year-old kid, loving music.” Soundgarden’s Kim Thayil and No Doubt’s Tony Kanal, “were the only guys who had a face that looked anything like mine in the arts,” Singh said. Just as dosa, historically the lesser-known Indian food in America, is starting to make its mark, the film is a testament to the arrival and success of its multicultural cast in the music scene.

Check out my piece at Open City,  where this Dosa Hunt continues. Singh, and a couple of the other film stars, Ashok Kondabolu and Vijay Iyer discuss their favorite dosa spots and more.  As for me, my favorite dosa is from Thiru Kumar at NY Dosas.  What about you? 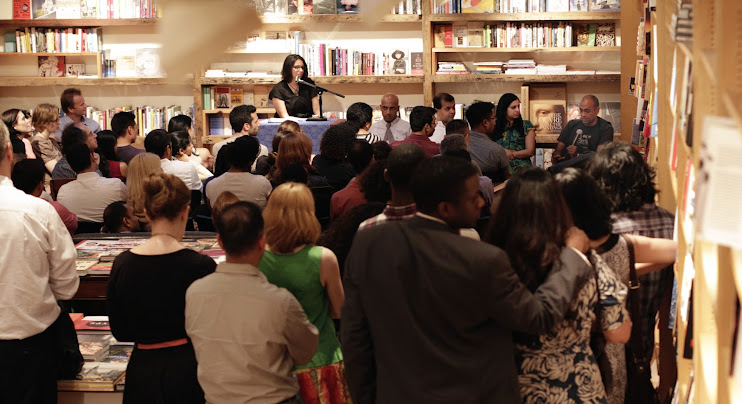 Thanks to all who came out for this event.  A wonderful evening with Rajesh Parameswaran, Suketu Mehta, Kamala Nair and Siddartha Deb.   More pics here.

The following was published in the May 2012 print issue of West View News, first in a series about Cooper Union:

When I was 18 years old, I moved to the East Village for college. From my dorm room, I had view of the Empire State Building, but it was the other shiny pencil shaped tower in the skyline for which I was grateful. The Chrysler building funded my education.

I was a civil engineering student at The Cooper Union. The school owned the lands under the Chrysler Building and received rent and the equivalent of property taxes from this piece of real estate, which in turn helped fund full tuition scholarships to Cooper students. From the steps of 51 Astor Place, then the home of the Albert Nerken School of Engineering, I would look across the street to the other building I adored. Engraved on the outer ledges of Cooper Union’s Foundation building, a beautiful dedication: “To Science and Art.”

Who was this person who made such a gift?

In the opening pages of Edward Mack’s biography Peter Cooper: Citizen of New York, he describes the public’s response to Cooper’s death in 1883. During the six hours Cooper’s casket was available for viewing at the All Soul’s Church on 20th Street and Fourth Avenue, twelve thousand New Yorkers came and paid their respects. “The sentiment from every editorial pen and from every pulpit the following Sunday was that New York had lost its most beloved and possibly its greatest citizen,” Mack wrote.

With no formal education of his own, Cooper acquired wealth through innovation; his list of inventions includes Jell-O, a steam locomotive, and the Iron I-beam. Cooper played a key role in laying the transatlantic cable, was active in the abolitionist movement and an advocate for the rights of Native Americans. He was the Greenback Party’s presidential candidate in 1876. However, perhaps his greatest legacy was the founding of an educational institution, free of charge, for the working classes, one that since opening its doors in 1859 has not discriminated by race, gender, class or creed: The Cooper Union for the Advancement of Science and Art.

Since its beginnings, Cooper Union provided the city of New York with a center for innovation and forum for political discourse. In 1949, Mack wrote, “there was nothing like Cooper Union in New York in 1859, nor is there really anything like it today.”

END_OF_DOCUMENT_TOKEN_TO_BE_REPLACED

From Friends of Cooper Union:

On Thursday April 26, the second-ever Community Summit will be held in the Great Hall at Cooper Union. From 5:30-7:30pm, a panel discussion with distinguished alumni, faculty and students will address the current state of Cooper Union at a time when its administration is considering a devastating about-face on the historic mission of the college.

Many of  us are beginning to feel a nickel-and-dime approach to saving the school may be prevailing at the expense of more thoughtful, principled action. So as the school year concludes and the Administration and Board of Trustees begin their final deliberations on the future of the college, the Community Summit will be an occasion to reaffirm the fundamental worth of Cooper Union and discuss its future.

At the same moment that Cooper Union’s administration considers tuition as a revenue stream—either for undergraduates or in an expanded, tuition-masters program—students all over the country are walking out to protest student loan debt, which nationwide has reached a staggering 1 trillion dollars. Cooper Union has the challenge and the momentous opportunity to lead by example and stand behind its unique mission of free higher education.

Meanwhile, the work that students, faculty and alumni have done in the last several months has shown that tuition doesn’t need to be on the table at all. In the coming days, an edited collection resulting from our community process will lay out details for a realistic financial way forward for Cooper Union and include the biggest and best ideas from the community on protecting and advancing the mission of the college.

Copies of this booklet will be available for free at the 2nd Community Summit, to be held on Thursday April 26 at 5:30pm in The Great Hall at Cooper Union.

I remember that December morning in 2004.  I was on my way to work and was listening to Wangari Maathai’s Nobel Peace Prize acceptance speech on the radio.

“Recognizing that sustainable development, democracy and peace are indivisible is an idea whose time has come.”  On the verge of tears, I cheered at that moment.

Over the next few years, I grew to learn more about her work.  My collegues at Satya Magazine had interviewed  and written about Prof. Maathai, and we featured her prominently in our pages.  Later, I had the opportunity to provide research assistance on her book The Challenge for Africa (Pantheon 2009).  I was saddened to hear of her death this past September.  A summary of her ” life of firsts” can be found here.

In New York, this week, there will be a memorial service, honoring and celebrating this remarkable woman.

The ceremony will begin promptly and all are invited to attend.Donations will be collected for the Green Belt Movement. Please do not bring any flowers or presents.